About the Cloud Drive

Unlike the drive contained in the legacy Mac Tools package, which used the OSXFUSE software package to integrate with Mac Finder, this new and improved Mac Drive uses Apple's new File Provider technology.

The new Cloud Drive is being released in staged releases with each release bringing new features.

The Cloud Drive is only intended for use with macOS 11 (Big Sur) and laster. The minimum OS criteria may be reviewed over time.

As of August 31, 2022 the new Mac Cloud Drive is available for download from the Partner's Portal.

After logging in be sure to enable the Cloud Drive and watch out for subsequent prompts when you launch Mac Finder.

Upgrading From an Earlier Version

If you are already using an earlier version of the Cloud Drive for Mac, be sure that you have set the Update Channel to “Production”. You will be notified automatically that a new version is available and prompted to install it. 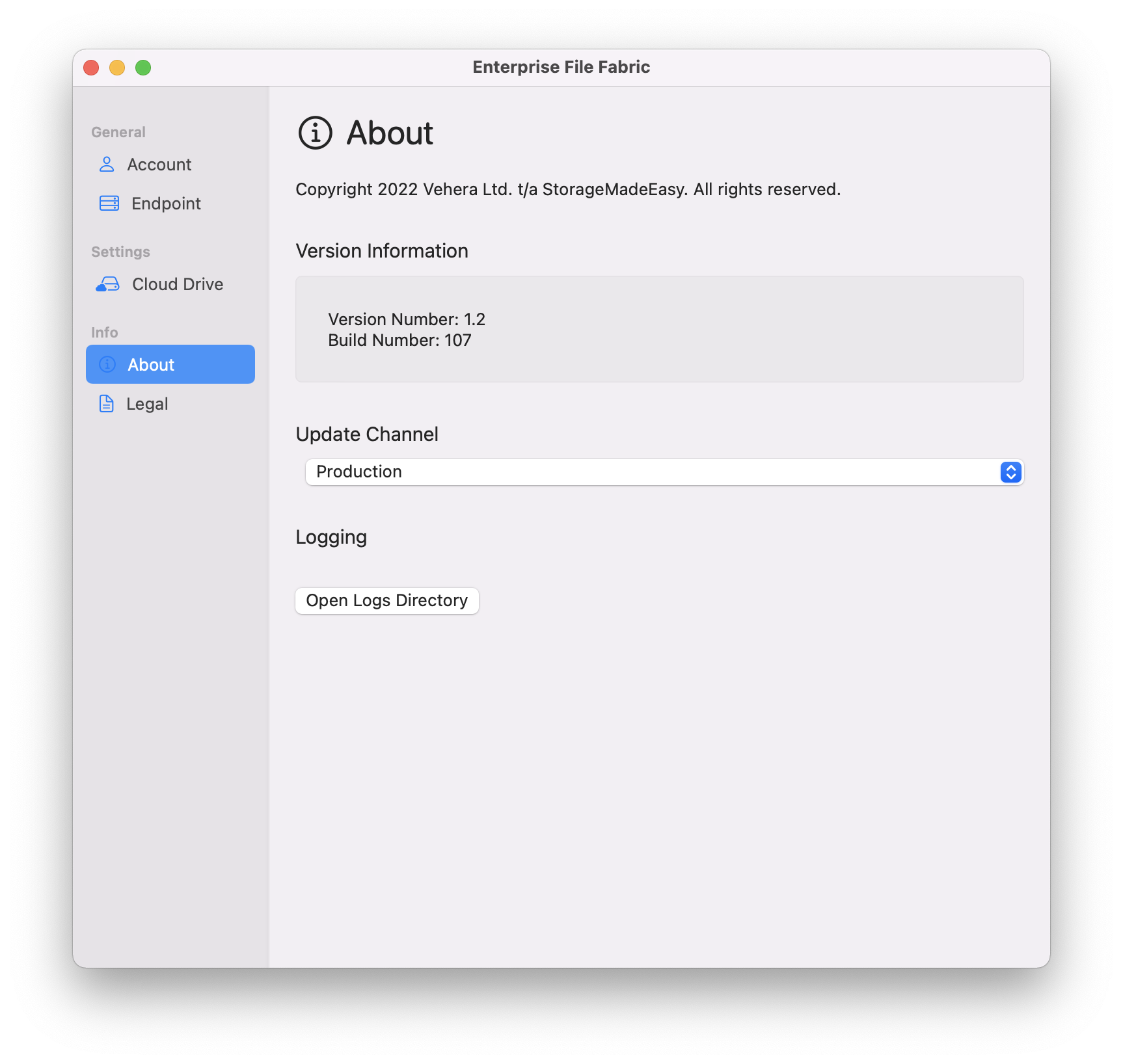 All basic file and folder operations are supported:

The Cloud Drive is continually evolving, and new features are being worked on and added, with the aim of achieving relative feature parity with other desktop components. Some of the planned feature enhancements include (in no particular order):

Use With Other SME Mac Tools